In the 2017, the magazine OFFICINA * intends to investigate the issue of global change related to climate change involving our planet and cities, focusing on technologies, systems, projects and innovations that seek to answer to these phenomena.

The four natural elements (Water, Fire, Air and Earth) have been chosen as the starting point of this reflection. To each one will be dedicated a monographic issue of the magazine where the selected contributions will investigate, with a transdisciplinary approach, the implications of climate change in areas such as urban development, architectural construction and technological innovation. 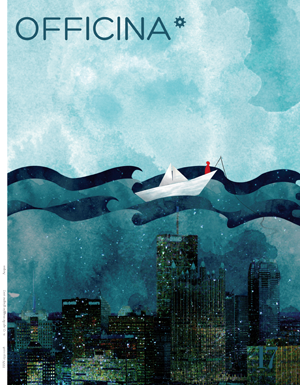 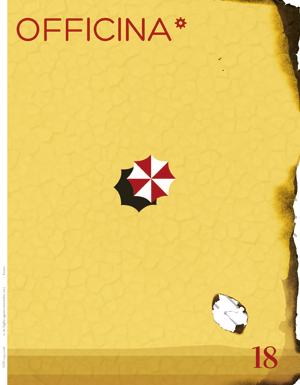 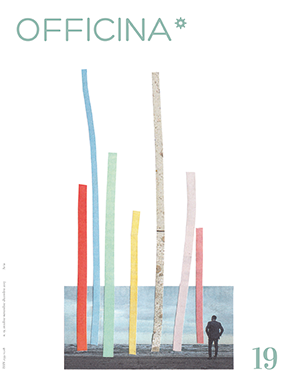 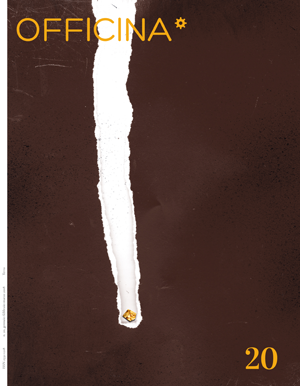 The water threat has always been present in human history. As well as many other sacred texts of major religions, the Bible tell us about a catastrophic event at the dawn of the human race that brought it to its destruction. An event usually connected to water: a flood so big to overwhelm and destroy everything that was living on Earth.

Today, climate and global changes also due to the human action make this element an increasingly rare and valuable resource but, simultaneously, also a threat difficult to control. The articles included in this OFFICINA* issue want to investigate precisely this dual condition where droughts and floods, water shortages and waste, water as source of life as well as the cause of death are intertwined in a unique reasoning that finds its focal point in the role of humanity and its ability to respond to these environmental changes. Therefore, the rainbow chosen by God as the symbol of the alliance between Himself and humanity, can become a warning of the “new peace” between men and the World they live in.

In this issue of OFFICINA * the fire takes on many aspects, from energy source to destruction tool. It is an energy that man can not always control: in fact fire, inexorably, wins, and burns. High temperatures and droughts increase the risk and, not least, the human error (or ignorance) can be the cause of deadly fires.

It is necessary to learn how to manage this energy, to make it a resource first and not a danger. A conscious impacts use significantly on climate change by reducing the number of fires and emitting fumes into the atmosphere, or by exploiting natural energy, such as solar energy, at the expense of other exhausted sources. The scientific researches and the studies proposed in this issue belong to very different disciplines, from microscopic molecular processes to architectural and urban structures, however they share a very strong character: the design and management of energy. Only in this way man can acquire the skills to transform this inherent strength in our planet and use it in the most appropriate way, for the good of our lives and the Earth.

There’s something in the air. For the 76% it is nitrogen (N2) and for the 22% it is oxygen (O2), a molecule which is vital to life. The remaining 2% of the atmosphere is composed of other gases, mostly argon and carbon dioxide (CO2). But today there is something new in the air: new compounds, new gases that man release into the atmosphere. These are only small quantities, and they increase a little the 2% of “other gases” that compose the air we breathe. However this small variation is able to cause big changes at a planetary level. The increase in gas concentration such as water vapor (H2O), carbon dioxide (CO2), nitrous oxide (N2O), methane (CH4) and sulfur hexafluoride (SF6), also known as greenhouse gases, produces an increment of the greenhouse effect on our Planet. These gases create a “barrier” that holds more heat in the lower layers of the atmosphere, thus raising the temperatures on Earth: this is global warming. But there is something more in the air, not just gases and pollution, but also strong power and valuable resources: for men air is also an instrument that, over the centuries, we have learned to exploit, developing technological solutions able to counteract and harness its energy.
The issue 19 of OFFICINA* again investigates the dichotomy between threats and resources that characterizes the whole cycle of climate change. The air that we breathe today is polluted and man has to do something to make it better but, at the same time, a proper use of air for natural ventilation can help to improve the quality of human life by reducing the effects of global warming. The wind is a force that must be tackled, and that contrasts us when we try to rise vertically but, at the same time, it’s an unlimited resource that allows us to produce renewable energy. The air, an intangible substance and virtually free of materiality, can instead become one of the next-generation building materials that increasingly find in their upward thrust the reason for being. So air, but not only air; there’s so much more over our heads.

“The soil is a limited resource whose formation time is generally very long but which can be physically destroyed or altered chemically and biologically in a very short time, despite its resilience, until the loss of its functions. Key component of the land resources, of agricultural development and ecological sustainability, the soil forms the basis of food, fodder, fuel and fiber production” (ISPRA, 2017). This is how the Report on Soil Consumption, drawn up by ISPRA in 2017, begins as if to indicate that, among all the resources, soil is the essential element for the production of almost everything man needs. Not just food, but also raw materials essential for industrial production and for our subsistence and prosperity. Despite the proposed European law to reduce soil consumption to zero by 2050, the key data emerging from the report is that soil consumption is still increasing, both in Italy and in Europe. Today in Italy, about 3 m2 of land per second is consumed, a value that is lower if compared to the 7-8 m2/s of the 2000, but soil consumption is still growing, thus affecting surfaces that can not be restored except in very long times.
The number 20 of OFFICINA*, the last of the cycle on climate change, deals with the usual dichotomy that characterized the three previous numbers: on the one hand the soil will be read as a resource threatened by human action, an endangered wealth, often abused or exploited without control; on the other hand it will be analyzed as an essential raw material to allow the development and growth of humanity. Its use, if accompanied by appropriate techniques, can return to find the balance necessary for our and our Planet’s survival. Emilio Antoniol